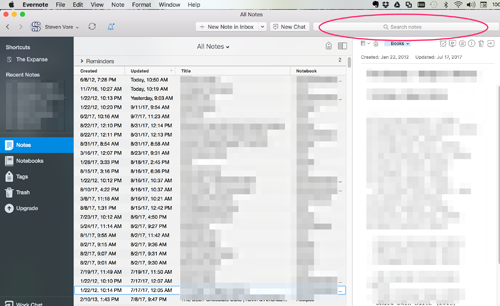 I keep running into an odd problem with GoToMeeting on my Mac – when I try to open a meeting via URL, it launches a VMWare Fusion session (presumably to try to launch GoToMeeting in Windows) instead of just using the perfectly-functioning GoToMeeting for Macintosh application that exists on my system.

The first place I tried to fix this was from within Fusion. In Fusion’s Settings, I opened Default Applications. and made sure that both Open Mac files… and Open your Windows files… were unchecked. Clicking the Configure button, I also removed all default apps so it is blank. I also tried the Restore Defaults button – be careful with that one if you’ve already done any sort of customization to your Fusion setup.

No dice – no matter what, every time click a GTM hyperlink, Fusion still insisted on opening the Virtual machine.

The solution, I found in a community forum, is a bit more complex and dangerous-looking but it works:

try clearing out the helper applications:
– Make sure Fusion isn’t running
– Get inside the .vmwarevm bundle of the offending virtual machine (see Information Gathering for VMware Fusion on how to find that.)
– Delete the Applications folder there.

This last step may be overkill – it appears that may just need to delete any/all objects in that folder with GoToMeeting in their name.

Though the title of the community post I found this in is “How to PERMANENTLY stop Fusion from opening apps in the VM instead of on my Mac?” – this solution isn’t permanent. Every time you (accidentally) open a GTM hyperlink from within a VM, this “helper application” object gets created, so you’ll probably have to come back and do this on a fairly regular basis.

Speaking of tutorials, here’s a “complete installation and configuration guide” for using your Macintosh as a server for all your Internet needs: ISP in a box v2

OS X vs. Windows XP. Now there’s a debate that normally spirals quickly out of control.

“You get more viruses.”
“You don’t have any games.”
“You’re harder to use.”
“You cost more.”
“Your feet smell.”
“Your mother wears combat boots.”

Fortunately, this site doesn’t go that way, and is surprisingly fair and balanced. They did a good job of not going off the deep end on either platform, pro or con. The numbers look pretty reasonably assigned and the closeness bears out what most non-fanboys would say – that OS X is currently considered slightly better but still needs continuous improvement to stay ahead (especially with Vista just around the corner), and in some ways Windows XP is on top (I’ll take Windows Explorer over OS X’s Finder, and OS X’s method of only having one corner to resize a window aggrivates me).

There are a few possible mistakes (does Windows Movie Maker really ship with Windows XP? I didn’t think so, at least not the most up-to-date version, and I’m pretty sure it’s not possible to buy a Mac without iMovie.) and not having a section on virus’ and malware is disappointing (or maybe that’s because I just spent 20 very frustrating hours trying to clean up the family PC after the kids went “exploring” though some websites they shouldn’t have) but for the most part I’m impressed.

Since each category may be more important to one person than to another, the overall number may be somewhat meaningless. You might weight something heavier than I would; each of our needs are different. But the numbers and explanation of each category are good research material.

Here’s a Mac OS X tip I came across the other day that you may find useful. On your Tiger Install DVD is a Developer Tools package, including a little utility called FileMerge. It’s normally used to compare two text files. You’d just drag two text files into the drop zones and it would show you the differences between them. That’s handy if you’re a developer working with XHTML, CSS, PHP or other text-based files.

The hidden tidbit is this: it can also compare contents of folders. Just drag one folder into each of the drop zones (left and right), and click on Compare. FileMerge will open up a new window showing a list of filenames. The grey ones are in both folders. The black ones are only in one folder – click on each of them and check the status message at the bottom of the window.

Good news for any PM who’s also a Mac person in a sea of Windows users. The Omni Group’s OmniPlan is in beta, with an expected price tag of US$149. The best part of all (other than being a sweet-looking Mac app, of course):

OmniPlan can open and save Microsoft Project files natively

That should smooth some of the rough water. Now, to get the project sponsors to free up a bit more funding…

The guys over at LifeHacker.com have noticed that Windows Vista looks a lot like Mac OS X. That doesn’t really come as much of a surprise, the way that software (in the larger, general sense) evolves; vendors see what works for other companies, “borrow” or “steal” (depending on your point of view) from each other and build on it. The devil, as they say, is in the details. I’m sure there will be plenty of “yea, but” posts pointing out differences and places where Microsoft improved upon Apple’s work (or failed to).

OS life is going to get interesting again, for a short while.

I’ve been asked by a few folks where the name for my new PowerBook came from.

First of all, for all the Windows users in the audience, it’s been a long tradition for Mac people to name their computers. Windows systems do have names, but PC users normally only notice them if they’re activly sharing files; I’d guess that most PC users don’t know what the “Computername” of their system is without checking, and that a good percentage wouldn’t know where to check. But anyway, most Macs and some Windows PCs are creativly named.

Tully Mars is a character from couple of my favorite books, first in Jimmy Buffett‘s Tales From Margaritaville and more recently in A Salty Piece of Land. If you’ve not read either, I recommend reading them in order. It’s not necessary, but they’ll flow nicely if you do.

Tales is a collection of short stories, several of which are about Tully. A cowboy and ranch-hand, Tully has always dreamed of the sea. One winter day he finds that the ranch has been sold and his first meeting with the new owner makes it very clear to him that he’s not going to enjoy the change. Tully lets the owner know just where she and her poodles can put themselves, loads his horse Mr. Twain into a trailer and heads for points south. Along the way he has some fine adventures and meets some colorful characters, but that’s just the beginning.

A Salty Piece of Land picks up with Tully living his Cowboy in the Jungle life and brings us up to date quickly. His adventures continue, as do the list of oddball situations and characters – many of which will again feel familiar to fans of Buffett’s songs.

I strongly recommend both books, especially if you can find a warm weekend to enjoy them properly – relaxed with some tunes in the background and a Margarita in your hand.

Way back when, in the dim dark recesses of time – the 1980’s – the first computers I used were of the Apple variety, Apple ][, ][+ and //e to be exact. My father tells of a time even before that where I would mess around on the TRS-80s at the mall Radio Shack, but I don’t really think that counts as “using” them.

During my first couple of years at college, the Macintosh was introduced, and I was even invited to a presentation – I’m not sure how Apple found us in little ol’ Lacrosse Wisconsin and there was no way I had the money for one, but I remember it being very exciting.

I worked in the computer labs at the colleges I attended, first with the afore-mentioned Apple ][s and then with IBM PCs (real ones, not clones, and this was pre-AT days). Then I got myself a Columbia PC (clone) and ended up hip-deep in the DOS PC world after graduation. Along the way I caught back up with the Macintosh with the introduction of the Mac II and for a while had not only a IIc on my desk at work but also a company-owned SE30 at home. When I moved to Atlanta I joined the Mac networking support team at DEC (Digital Equipment Corp), but after a couple of years NT was looking like the future and that’s the direction my career took me.

Now, here I am about 23 years through this computer career of mine, and finally I have something I’ve never had before. I’ve had dozens of PCs and several Macs at the office. I’ve had more than my share of PCs and a few Macs at home, but now I’ve finally got… A Mac of my own.

Not company-owned. Not borrowed from a friend. Mine.

January 12: “Will we be able to run Windows on an Intel Mac?”

Windows is a legacy OS. We don’t have legacy support.

Note the use of the word “easily.”