Jonny started searching and realized that he already has a backup program for Windows XP. Now, he asks, what are all these options and what should I do with them? 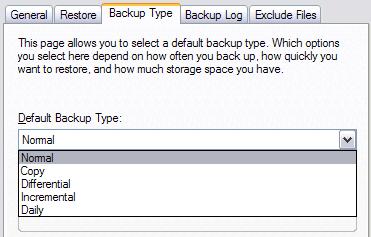 Backing up your data files is important, and for some people so is saving space. The backup program here is giving you the option to do both. What Microsoft’s calling a normal backup here is more often referred to by computer professionals as a full backup – it’s going to copy everything. It’s also going to mark those files as having been backed up. That mark is important, and is cleared any time that a file is changed. That way, if you want to save space on your next backup, you can choose incremental. An incremental backup only copies the files that have been changed.

So, XP users, you’ve got a backup program and it gives you plenty of options. Now it’s up to you to keep your data safe. Next week we’ll talk about what data you’ll want not to forget.