I’ve been busy working on a new business: How to Watch. This new business aims to help people find where a movie or TV show is available via online streaming (e.g. Netflix, Hulu, Amazon Instant or iTunes). I got sick of having to search on each of the platforms to find “my stories”. The result is this site and mobile apps (Android, Windows 8, Windows Phone and Kindle; iOS is coming soon if I can get Apple to certify the thing!).

What a great idea! Check it out: http://howtowat.ch

So you’re talking with a friend, or overhearing a conversation in Twitter, and someone mentions a TV show or movie that sounds interesting. What’s a good way to remember it for later, in a service that’s easy and relativly inexpensive? Enter Amazon Instant Video’s Watchlist feature.

Hop over to Amazon and search for a movie, choosing the Instant Video category

Now, look over there on the right-hand side of the screen. See the “Add to Watchlist” button? Click that and Amazon will remember it for you.

The next time you’re in the mood for a movie, you don’t have to try to think back, to remember that conversation. You can just go to your watchlist and choose. 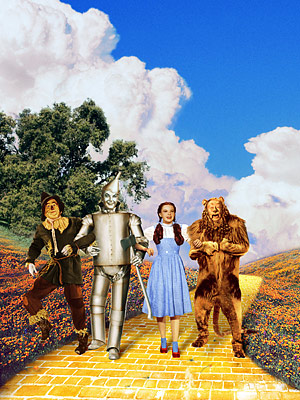 Wow, the movie we all know and love and reference in many ways – The Wizard of Oz was released seventy years ago.

There is of course an 70th Anniversary Two-Disc Special Edition of the DVD available for purchase – this is almost a “must have” for any video library.

If you don’t want to go that route, you can also rent it from Netflix of course, and Netflix is offering this special… Even if you’re not a Netflix customer, you can instantly watch The Wizard of Oz streaming from Netflix for free at www.netflix.com/wizardofoz on Saturday, October 3rd, starting at 9:00 a.m. ET for 24 hours.

Time to get back on that yellow brick road.

Hey, it’s been a while since I last wrote about buying a new TV, but for some of you the time is coming soon. Or not. Most geeks — and I’d guess most readers here — already know what’s what, but look around. There are plenty of people who don’t, and those of us who understand should be helping our friends and relatives. Here’s the short version:

All full-power broadcast television stations in the United States will stop broadcasting analog signals and begin broadcasting only in digital by February 2009. Some will make the change before then.

The key there is “broadcast,” meaning over-the-air.

If you get your shows via Cable or Satellite dish, you’re ok — you don’t need to do anything. You probably want to start looking into your provider’s Digital service anyway; the signal is, in my experience, better.

If you’ve got an antenna on your roof, or your set looks a little like this one — rabbit ears and all — you will need to purchase something by end-of-the-year or so:

The point is that some people need to take action, they don’t need to buy a new television set, and we can help them figure it out so they’re not sitting on the couch in tears next February wondering why they can’t watch Days of Our Lives.

I am so looking forward to this movie…

If you don’t get the embedded video, just jump this way 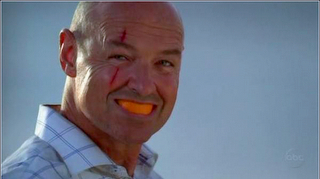 Two more possible defections to the Blu-Ray camp, according to an article in Variety:

Daily Variety has confirmed that Universal’s commitment to backing HD DVD exclusively has ended. And Paramount has an escape clause in its HD DVD contract allowing it to release pics on Blu-ray after Warner Bros.’ decision to back that format exclusively.

Neither studio is ready to throw in the towel immediately, however. On Thursday, Universal broke its silence about the matter to say that it plans to keep supporting the format for the time being, a pledge Par made earlier in the week. And in any case, U is committed to a series of HD DVD promotions in coming months.

The chicken & the egg — did consumers not buy this holiday season because there was no clear choice, or are the studios trying to make a clear choice because consumers didn’t buy?

What’s even funnier than Toyota’s ad — using World of Warcraft to sell their truck — is that within 3 minutes after the ad airing during today’s Cowboys/Patriots game, YouTube was “slashdotted” and unable to serve it. (To YouTube’s credit, they recovered pretty quickly.)

I guess geeks do watch football.

Bored with the junk on TV these days? Check out TED.

What was said at TED stayed at TED… but now it doesn’t. The TED (Technology, Entertainment, Design) Conference may be “exclusive” but the rest of us can get a taste as well now, thanks to recordings made available via the web (thanks to BMW, apparently).

For those with a political bent, for example, Thomas Barnett is an interesting place to start. I’ve recommended his book The Pentagon’s New Map to some folks, and his talk at TED from back in ’05 is a good listen and summary as well.

And there are talks in plenty of other themes as well — invention, technology, art, Africa, predictions… — pick one and enjoy.

From Friends in Tech, an easy for Headline of the Month. NBC’s bird is seriously sick.